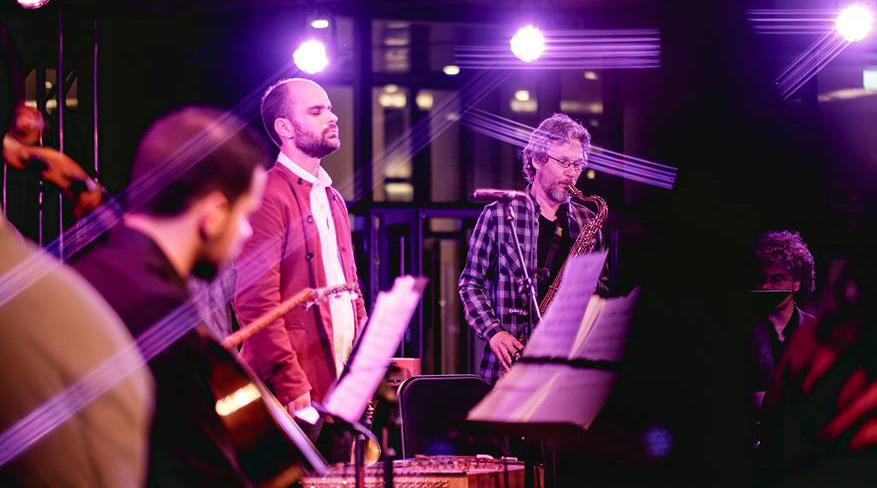 A River Runs Through It: Amir ElSaffar's unique soundstream 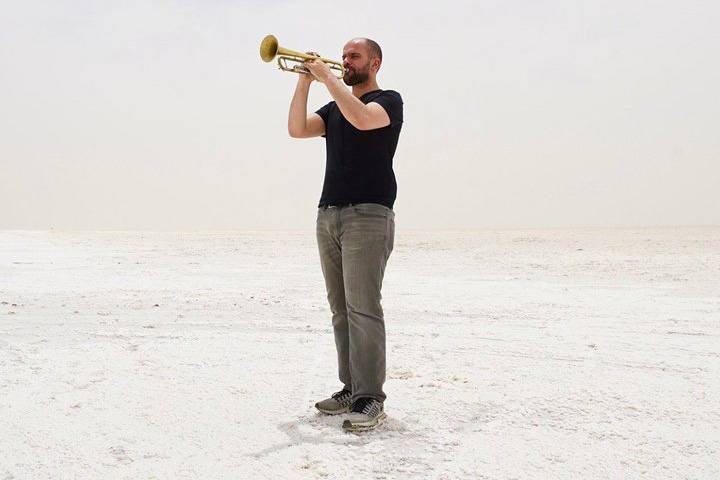 Musical eclecticism is built into the DNA of the 43-year-old New York-based trumpeter and composer Amir ElSaffar. The son of an Iraqi father and an American mother, Amir grew up in Chicago. He was attracted to Beatles tunes as a youngster, and played blues and jazz guitar on the Southside. Hearing Miles Davis' Kind of Blue album inspired him to pick up the trumpet.

ElSaffar creates nothing less than a vibrant musical environment with Rivers of Sound, his idiosyncratic 17-piece ensemble that was primed to play The Soraya on Thursday, April 16, before the COVID-19 crisis caused the concert's postponement. He's a big thinker who's found a unique format that incorporates disparate sounds and styles from around the globe.

He marshals his crew onto long-form pieces that aggregate melodies, modes, and microtones. He layers in jazz improvisation, electronica, and something indefinably unique in contemporary music. Performances combine meditations, rave-ups, minimalist repetition, ecstatic trance, the melodic wanderings of the raga, and plain old groove.

Central to ElSaffar's music is maqam, a canon of Middle Eastern melodies based on ancient modal scales. Noting maqam's quicksilver melodic lines, he explains: "A raga might be the closest form to maqam. They're both musical languages that have cross-pollinated over many years. John Coltrane was one of the first jazz musicians to play modal music and to delve into it, and he connects to what I'm after in the larger sense. But when an Iraqi hears one of the maqam modes, he's instantly transported to a specific time and place."

As a leader, ElSaffar's role models were Duke Ellington, Miles Davis, and Northern California saxophonist Hafez Modirzadeh. "What I liked about them," he says, "was their shared sense of openness and compassion. I try to exert direction, but to leave things as open as possible. I choose musicians because I love their playing and their spirits." 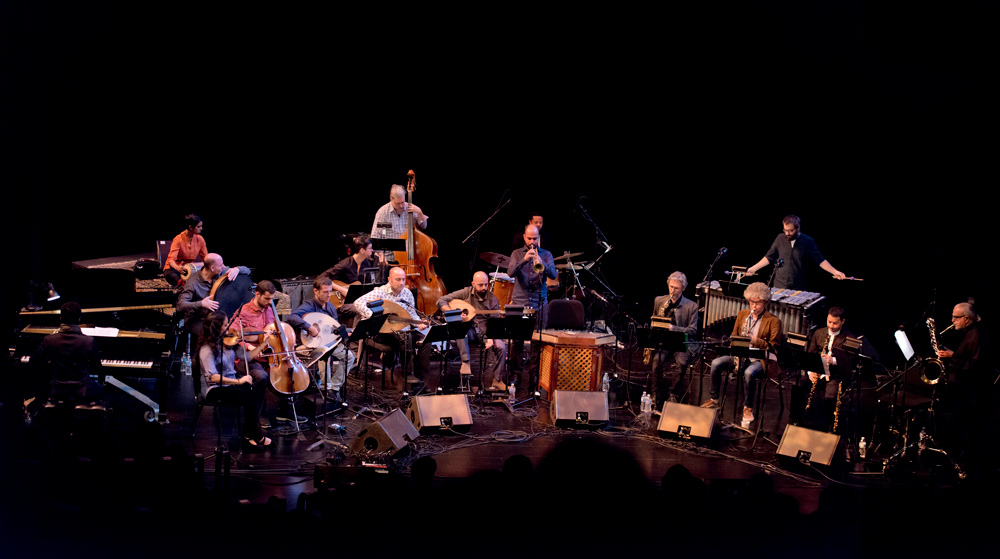 A typical Rivers of Sound piece will go through many tonal, textural, and dynamic shifts, but it always contains a sense of flow. ElSaffar adds to the hand percussion on the santur, a middle Eastern hammer dulcimer. "I like the idea of water," ElSaffar says. "Water knows no boundaries; it can barely be contained. It can be static, or it can stream and rush. Floating or dynamic—I want both for my music."

The most obvious explanation of Rivers of Sound is the juncture of maqam and jazz, but ElSaffar says there's more to it. "It's also about the Tigris and Euphrates Rivers," he says. "That's where lands and cultures meet; it also represents my bloodlines." He's traveled extensively—to Iraq, Morocco, Tunis and elsewhere—learning firsthand the musical conventions underpinning Rivers of Sound.

Something very interesting occurs during a Rivers of Sound performance, and it happens when the music is at its most intense and fevered, vibrating with complementary and contrary melodies, rising to a forte dynamic. Despite the intricacy and movement, a calm center exists somewhere in the ensemble. "Yes," ElSaffar says, "there's a sense of stillness that can be found in all of the motion."

"My music has a lot of layers," says ElSaffar. "At its core, my goal is to express my experiences—my life, ancestry, where and when I grew up—through sound, as it connects to the universal. I'm trying to communicate with maqam and jazz in a continually evolving way. As long as I've played music, I always wanted something transcendent. The word tarab means when boundaries disappear between artists and musicians. I think that's something we're all ready for."