Cuban Pianist Chucho Valdés — Even at Age 77, his Father and Native Island Live Inside his Music

The cutting-edge 1970s Cuban jazz-fusion band, Irakere, gave the world Paquito D’Rivera on saxophone, Arturo Sandoval on trumpet, and Chucho Valdés, the legendary pianist who will front a four-piece ensemble at The Soraya on Saturday, October 19.  Each member of that historic trio went his own way, spawning a Cuban jazz diaspora with influence far beyond the Island.

Valdés’ particular musical expansion was fueled by his deep grasp of his Cuban musical roots mixed with his family background — the heavy shadow of his renowned father, Bebo Valdés (1918-2013). A well-regarded Cuban pianist, the compositions and arrangements of Valdés the Elder lit up the elaborate Havana stage shows of the ‘40s and ‘50s. The father-son relationship grew complicated when Bebo left the island (and his family) in 1960, never to return. Bebo Valdés lived out his life in Sweden, while son Chucho went on to found Irakere in 1973.

A 2014 album of father-and-son piano duets signaled rapprochement. Though his own playing indulges in a lot of keyboard dissonance, Chucho stayed in his father’s musical court, with melodies and forms that are elegant and lyrical. “From the father to the son,” Valdés says, speaking by phone from Miami, “from the teacher to the student, from one friend to another — love can be heard in those duets. My playing and my writing is full of elements and concepts I heard when I was a young boy. Style, for one, and harmony, for another.” 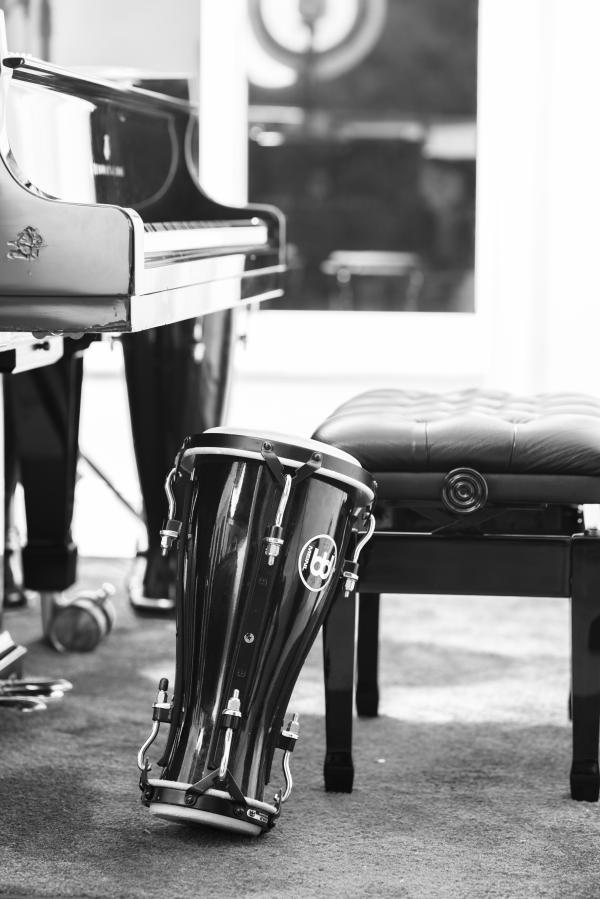 Now, his father deceased, Valdés brings us Jazz Bata 2 (Mack Avenue). This 2018 album is more than a little surprising. At 77, with seemingly no mountains left to climb (he’s won six Grammys and three Latin Grammys), Valdés made a recorded statement that amounts to a musical journey. The spine of the record is the Valdés piano — galloping, reflecting, and improvising through the sounds of Cuba. “The piano is a blueprint for my compositions,” Chucho says, through his wife’s translation. “And it’s a point of departure. I want to see where the composition will take me during the improvisation.”

A stately piano motif conjures the balmy tropicalia of a decorous dance, before being overtaken by a small ensemble of bass and drums. The shift takes the music out of a time-ravaged building and into the cane fields. This sonic travelogue, led by the piano, winds through the chants of the Santeria orishas, the melodies of the Havana streets, and the rhythms of the dancefloor. “Dance is very important to my music,” says Valdés. “It’s a big part of Cuban music, and it’s through rhythm that I explore the music’s African elements.”

In this rare SoCal visit, Valdés will share this most recent work, the compositions from Jazz Bata 2. “The album is very personal,” he says. “I wanted to explore the melodies and harmonies of my concept of Cuban music, but also to emphasize the piano as a percussive instrument.”

It’s difficult for the child of a renowned parent to establish a distinct creative identity in the same discipline.  So, where does the dissonance, which has the effect of spinning Chucho’s piano kaleidoscope, come from? “When I compose,” he says, “I’m led by the composition itself. I never try to use the same notes—so they can be harmonious or dissonant. It’s the rhythms that hold everything together, and it’s always different. Every time.”