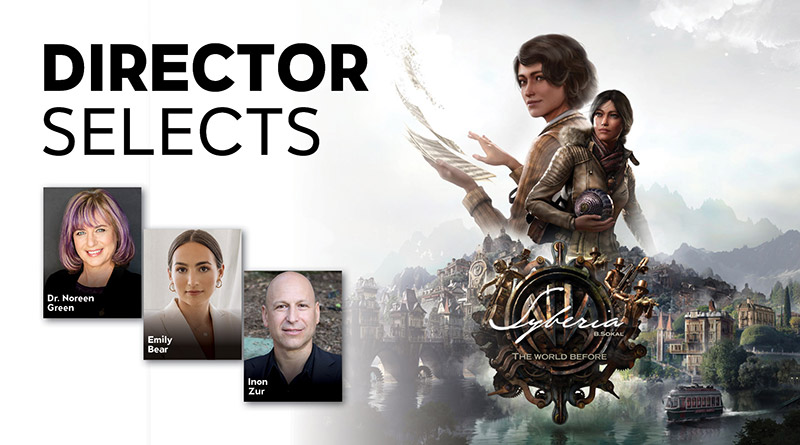 Director Selects: An intro to the Suite from the video game Syberia:The World Before with composer Inon Zur and L.A. Jewish Symphony Maestra Noreen Green

The last video game I played was Pac-Man. I recognize that video games capture more viewer hours worldwide than any other medium, but for me it’s a matter of how I use (or don’t use) my minimal down time.  And yet, I don’t deny the cultural significance of gaming, which includes the musical scores that accompany them.  Like movie scores, they play a huge role in setting mood and tone, and prompting emotional responses.  When Noreen Green, Founder and Director of Los Angeles Jewish Symphony, introduced me to composer Inon Zur, I was impressed - video game music  was complex and  expressive, suited to the serious concert-goer and ideal for any concert hall.

I’ve heard about concerts with cult-like following among younger audiences, emerging from solitude to revel with fellow gamers at a concert hall.  I like the idea that might provide a gateway experience for a new generation, thrilling them with the immersive sound of a live orchestra.  On November 20 at The Soraya,  we flip that scenario - introducing audiences like you, who already know and love live music, to a new genre, the music of gaming!  The best outcome would be gamers and non-gamers coming together, side by side, sharing an armrest.   Like me, you might wonder what you’ve been missing all these years.

I recently spent an hour speaking with Inon and Noreen about the concert, and here are a the highlights of that conversation.  For a longer version (10 minutes), go here.