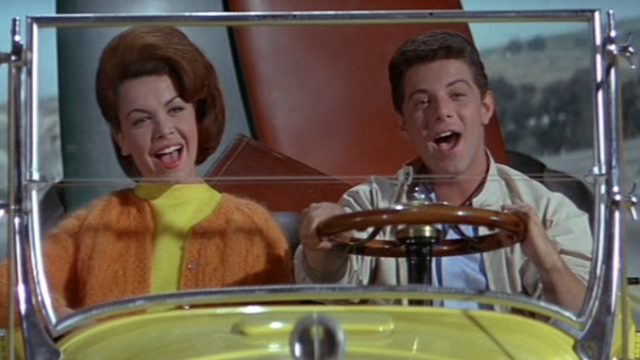 If you can’t remember a time when Frankie Avalon wasn’t a part of your life, you aren’t alone. This talented performer can look back on a career that spans three generations of music, television and motion pictures which he feels is due primarily to the loyalty and trust of his audience.

Avalon's first film was a short appearance in Jamboree (1957), playing the trumpet and singing "Teacher's Pet".

Avalon and his co-star Annette Funicello became as inseparable and indelible a screen duo in the public’s eye as Fred Astaire and Ginger Rogers.

When the movie “Grease” was made, it was almost unthinkable that anyone else would play the part of Teen Angel. Frankie appeared where he sang, “Beauty School Dropout” and this cameo was considered one of the highlights of the movie.

Among Avalon's many film credits, he is also an accomplished recording artist and performer. In 1959, he had six top-40 hits. As a nightclub act, Avalon has played iconic venues such as the Fontainebleau in Miami Beach and the Copacabana in New York, and he remains today one of the busiest nightclub performers, headlining top Las Vegas venues.

On November 21, the original Teen Idol (and “Teen Angel” in Grease) comes to The Soraya for the very first time, bringing a feel-good evening of pop favorites to the Valley — with music and stories of his long career in show business.