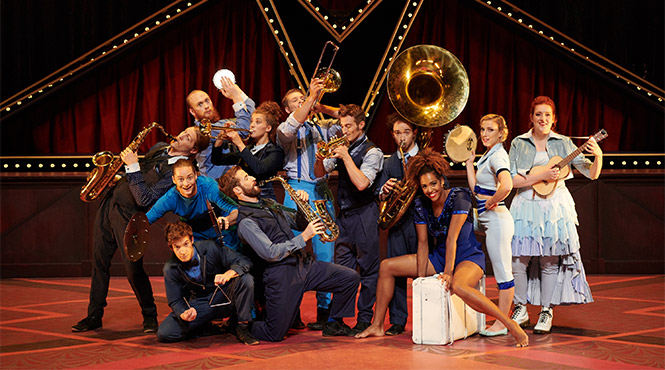 Check in to Cirque Éloize's Hotel

They hurtle, tumble, and spin. They climb, juggle, and balance. Sometimes, in practice, they fall. They’re the riveting performers of the Montreal-based contemporary-circus troupe Cirque Éloize (“ell-waz”). Their tireless dedication to their art has led them to the topsy-turvy world of Hotel, their latest spectacle. Set in an Art Deco lobby that recalls Grand Hotel (MGM's Garbo classic), Hotel will enjoy a run at The Soraya on Saturday and Sunday, January 25 and 26. 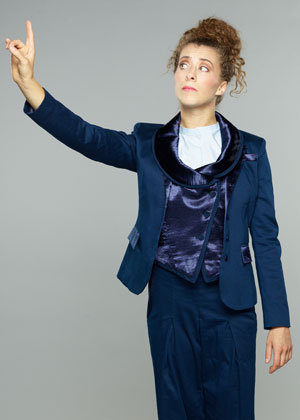 Many Cirque Éloize artists have been rigorously training since a tender age—five or six. One of them, Una Bennett, a Seattle-born aerial artist, says she began acrobatics while “knee-high to a grasshopper.” With graceful movements and petite stature, Bennett explains that she is often pegged as a dancer. She insists, however, “I never took a dance class. I have only done circus.” She went on to graduate from Canada’s National Circus School where she polished her craft as a world-class master of rope, while “minoring” in hula hoop. She also “bumps it with a trumpet” and a sousaphone.

With Cirque Éloize, Bennett’s key skills are “aerial,” referring to a bundle of daring tricks and stunts she does in the air.  While that includes the well-known trapeze, it is the rope she prefers most. “With other aerial work, you can see the apparatus more than the body on it. The rope makes it easier for the audience to see my body.” Plus, she adds, the rope is “flowing.” That may seem like an unlikely description until you witness the elegant and expressive way she performs a duet not with a real partner but with (essentially) a hanging cable. In defiance of both gravity and logic, she seems to slide up the rope.

The Executive Director of The Soraya, Thor Steingraber, who has booked the troupe for the past two seasons (last year with Saloon, the Wild West-inflected show) sees a critical difference with Cirque Éloize – “In some cirque companies, each performer is a specialist in just one skillset. Éloize is filled with powerhouse performers—who do it all.” 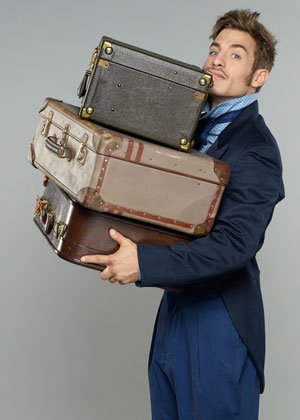 One all-rounder, company clown Antonin Wicky, also began training as a youngster in his native Switzerland. By age five, he was copycatting, mocking and mirroring others, only to discover how much he liked the sound of laughter. At 16, he attended Lezarti’cirque, a school in Sainte-Croix. He then went abroad to finish his studies at the National Circus School in Montreal.

Upon learning about a new “Cirque” production, Hotel, Wicky’s first thought was, “I could be the clumsy concierge.” He brings a clown’s insight to the role. “My character is trying to manage his hotel, but he is super irresponsible. He is not able to keep things in order.”

Wicky’s influences include Chaplin, Keaton … and Mr. Bean. But his real favorite has national origins. “When I was five or six, I fell in love with Grock, a really old Swiss clown my grandparents introduced to me. He made me laugh a lot, and I fell in love with this art. I bought books; I got an old VHS of his act in the 1940s.”

Both Bennett, the aerialist, and Wicky, the clown, “feel the house” as they perform. “I can sense the audience,” says Bennett. “If I wiggle a couple toes, I feel if they are with me.” For Wicky, it’s the kids. “It’s awesome to hear them laugh. They are much freer, and they laugh before the adults.”

Tooting on quirky brass instruments, the versatile cast also performs a jazzy score by composer Éloi Painchaud. The director of Hotel, Emmanuel Guillaume, takes these key ingredients—theater, dance, live music, and acrobatics—and populates his stage with a cast of characters: tourists, guests, clerks, maid, handyman, maître d’, and naturally a set of honeymooners. “Cirque”’s cast of twelve clowns, tumblers, jugglers, and acrobats double and triple up on these roles. This is one action-packed Hotel!

Debra Levine is editor/publisher of arts●meme, the fine-arts blog she founded in 2008. A longtime dance writer, she has been published in the New York Times, Los Angeles Times, Dance Magazine and more.
related event: CIRQUE ÉLOIZE
posted in: Stories   tagged: At The Soraya