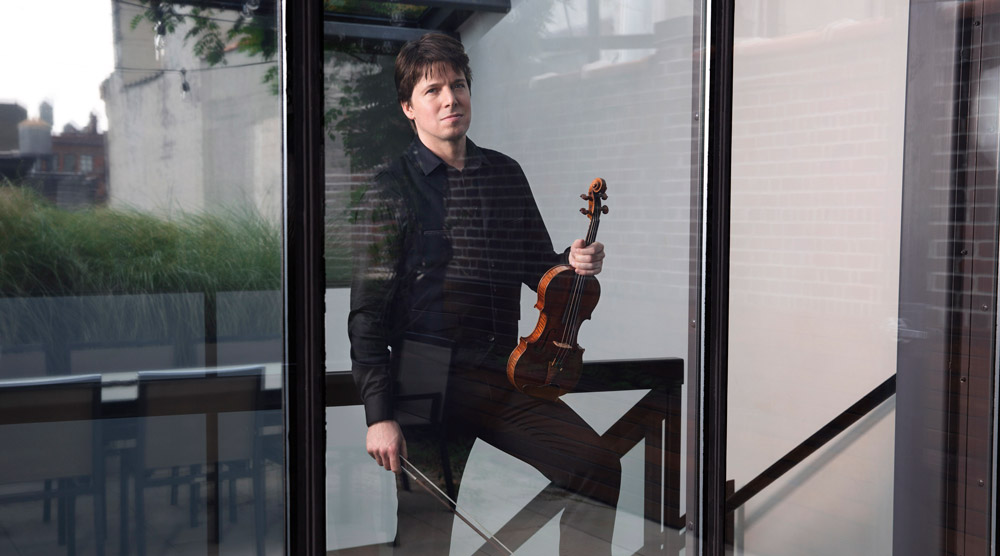 8 Reasons Why Joshua Bell is a Soraya Favorite

From child prodigy to Dancing with the Stars, three-time Grammy winner Joshua Bell returns for his seventh appearance and this time in an online conversation that you can participate in. Here are eight reasons why this violin virtuoso has become a Soraya favorite.

1. Joshua Bell performs with an Ensemble of Healthcare Workers

Joshua Bell leads an ensemble of healthcare workers in an astounding rendition of Bach's Concerto for 2 Violins in D minor. In this online performance, Bell shares the virtual stage with ten violinists, who spend their days fighting the pandemic as doctors, nurses, and EMTs.

Joshua Bell was a soloist at the age of 14 and made his Carnegie Hall debut at 17.

3. You may remember this viral social experiment

In 2007, the Washington Post debuted a story about a violinist performing in a busy subway stop in Washington, D.C.

4. He performed on Dancing with the Stars

5. Also, this performance with Gloria Estafan...

6. ...and with Kristen Chenoweth

7. He even has a virtual reality experience on Playstation 4

related event: Together Apart: Behind the Screens with Joshua Bell
posted in: Stories   tagged: Classical Music