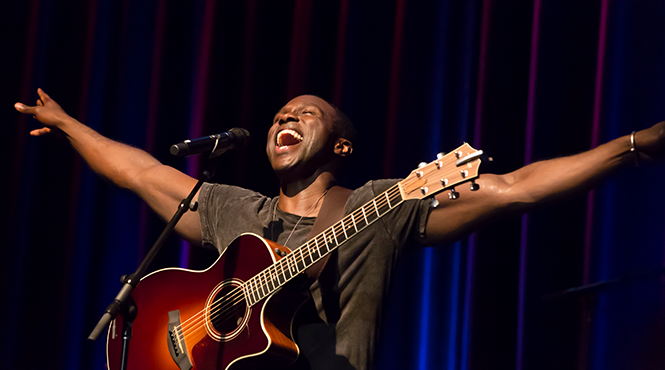 Joshua Henry belts his heart out in “Soliloquy” from Rodgers & Hammerstein’s Carousel for the 2018 Broadway revival original cast album.

In this video, Joshua Henry gives a fresh rendition of “Dear Theodosia” from the Broadway smash hit and 11x Tony-winning musical, HAMILTON

2. “Go Back Home” with “A Change is Gonna Come” | The Scottsboro Boys

It earned him a Tony nomination for his real-life portrayal of Haywood Patterson, Joshua Henry sings “Go Back Home” with “A Change is Gonna Come” from Kander and Ebb’s 2010 Tony-nominated musical, The Scottsboro Boys.