Arturo’s father, Chico O’Farrill, has been called the greatest of all Afro-Cuban artists. Like father, like son? With jazz running in his veins, Arturo was born as Cuba closed its borders, growing up instead a citizen of the world, with a Mexican mother and a New York upbringing. These influences forged Arturo’s pan-Latin tropical sound, with an unmistakable nod to his father coming from his band’s Cuban percussion section. O’Farrill was among the first ex-pats to return to Cuba and was invited to the re-opening of the U.S. Embassy in 2015. 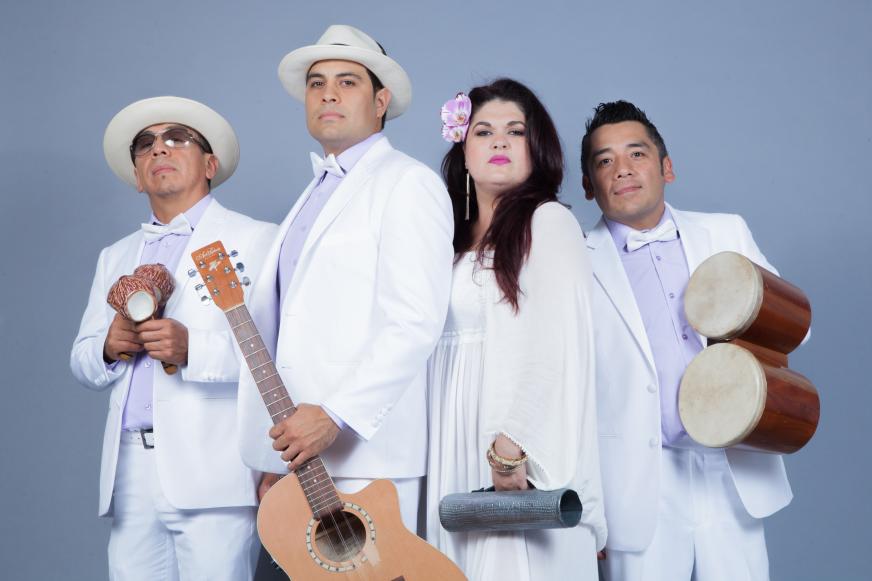 “Captivating and liberating,” (PopMatters) the infectiously danceable LA-based band Changüí Majadero has distinguished itself with a modern take on the Afro-Cuban musical tradition of changüí, the 19th-century foundation of contemporary salsa informed by African influences.

Founded by tres guitarist and vocalist Gabriel García, the band was the result of García’s pivotal journey to the Guantanamo region of Cuba, where he learned the changüí from the living masters of the style and was inspired to spread the spirit of Cuban folkloric music mixed with a dash of East Los Angeles grit. Changüí Majadero has played in such disparate settings such as Lincoln Center, SF Jazz, the New Orleans Jazz & Heritage Festival and even Dodger Stadium. The band released their self-titled debut recording in 2016 that encompasses compositions bristling with propulsive rhythms and evocative vocals — a celebrated release that All About Jazz called “joyous music, deserving greater recognition.”